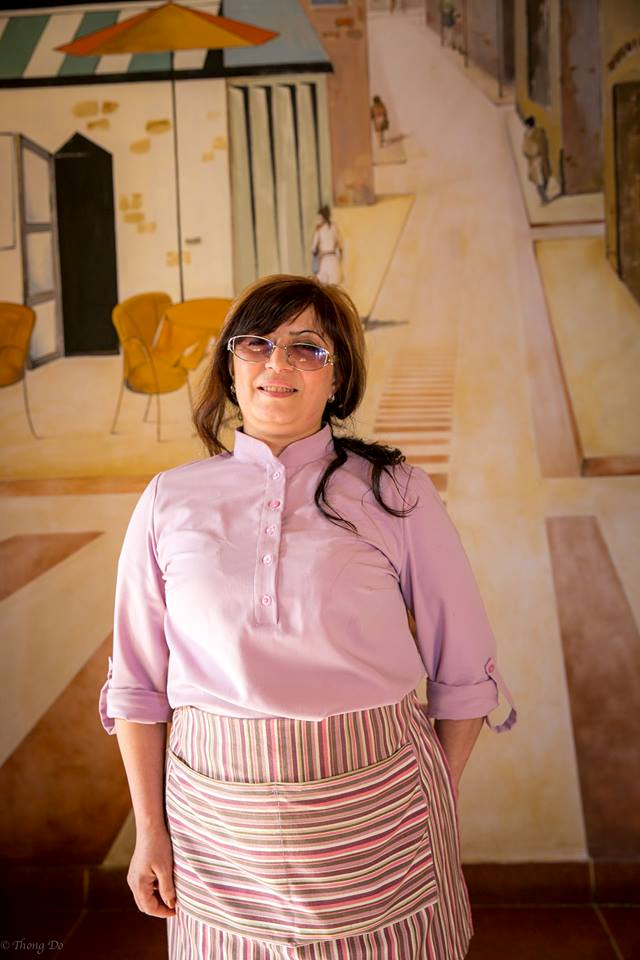 This is Armenuhi, and she’s an accountant and economist in her late thirties. Armenuhi is currently working at the “Ponchik-Monchik” cafe and as she mentions, she is totally enjoying her job. Dreaming to become a nurse since her childhood, she did not go for it as she was afraid of needles. Armenuhi’s greatest achievement is her 16-year-old daughter, and she sees herself happy if her daughter achieves her own goals and dreams. She calls Gyumri “the city of arts and crafts”. She finds others will make new good friends in Gyumri, and recommends them to visit the theatre and the museums in Gyumri, as well as some cafes for fun. She finds humbleness makes the locals unique, but the city is unique of its cultural people, such as writers and musicians. 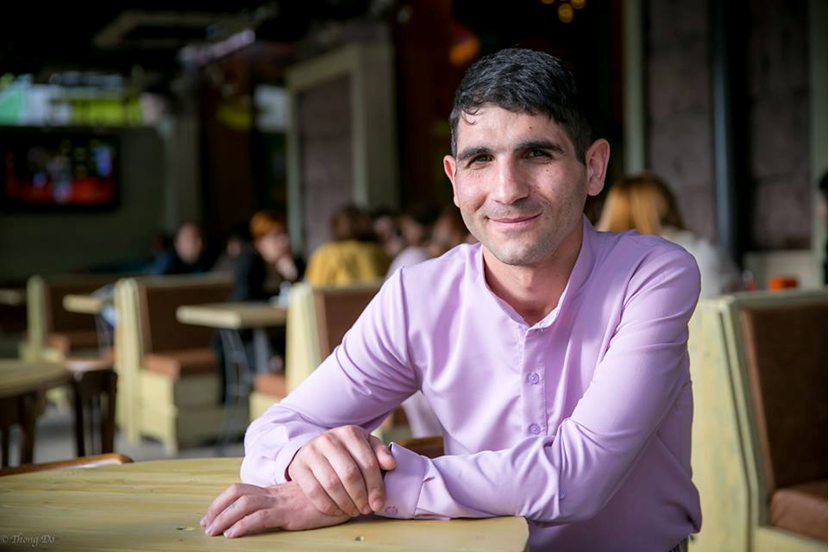 This is Vagharshak, a computer operator, who is currently working at the “Ponchik-Monchik” cafe. 28-year-old Vagharshak dreamt in his childhood to become a doctor, but because he loved computers more, he then changed his mind. He has no fears in life and his biggest motivation is God’s presence in his life. His biggest achievements are his good friends. He appreciates honesty in people. Hi believes a job is an important thing in everybody’s life and he is happy he got one. He lived in Yerevan for several years, but then returned to his hometown and as he mentions, he is a Gyumrian by heart and soul. If not in Gyumri, he would live in Venice, Italy, as he loves that nice city as well as the locals in Italy. He is good at wrestling and enjoys listening to music. He believes he is not the one to decide what he will be doing in five years, but he thinks he might be in the same café as he really likes the staff and the café itself. He would recommend the foreigners to visit the churches in Gyumri. He also feels proud of the actors from Gyumri, such as Mher Mkrtchyan. He also likes the modern actors, such as Mkrtich Arzumanyan. The “real Gyumri people” is supposed to be hospitable in his opinion. 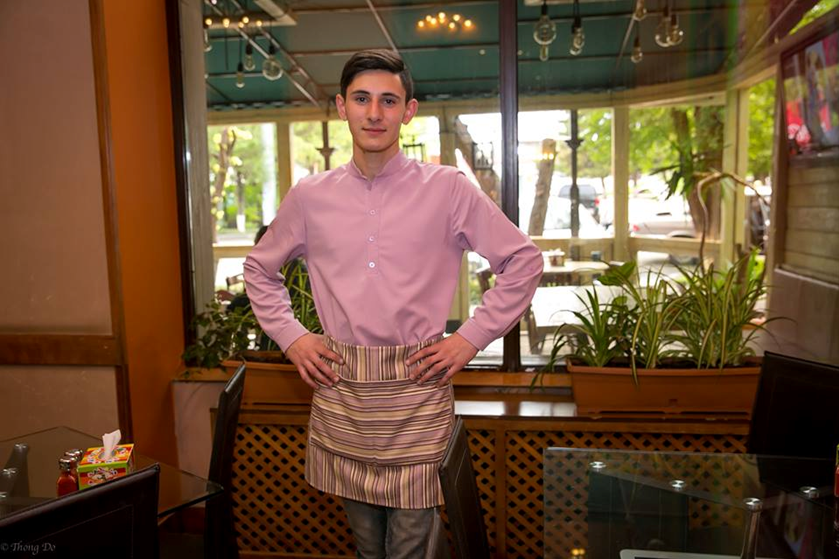 This is Lyova, who is only 15 years old. He is a student, who studies auto mechanics, although his childhood dream was to become barber, though he would prefer to work for women too. His biggest inspiration he considers to be his parents. In five years he sees himself getting more improved in his profession. He hopes he becomes a good and a useful person for his family and the country. He has got many friends and he believes a friend should not look for benefit in others. He has got three sisters and a brother. He is the second youngest in his family. He likes his parents most in his life as well he loves the world. He would live in New-York if not in Gyumri. His hobbies include driving and listening to music. He likes having walks with his parents and visiting some places. He would recommend anyone to visit the churches and the old buildings in Gyumri. He believes humor makes the locals in Gyumri unique. He recommends everyone to get out from their homes and enjoy this beautiful life. 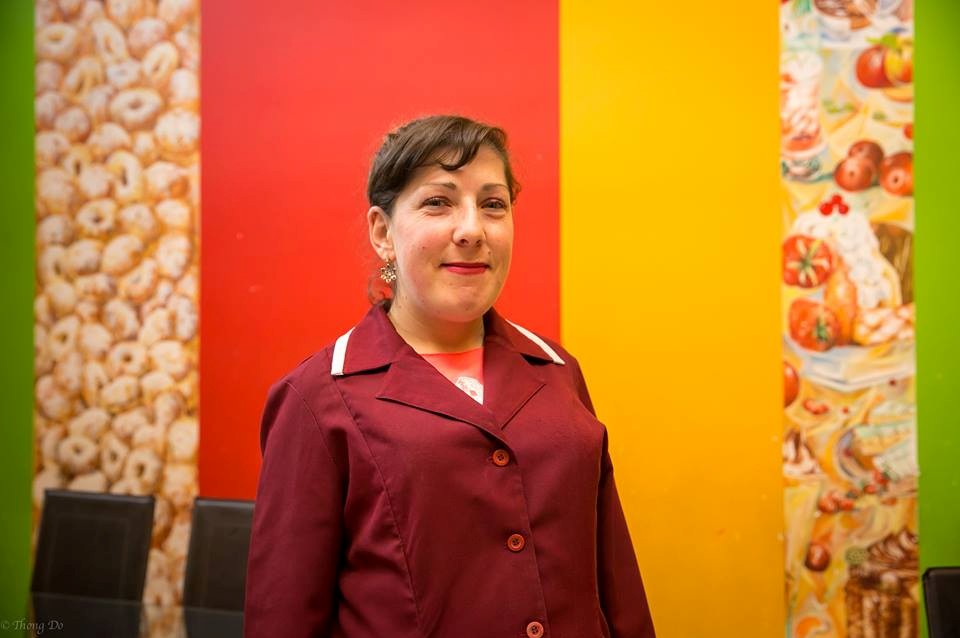 This is Gohar and is 26 years old. When she was younger she dreamt of becoming a cook and she actually became one, but this is not the type of work she currently does at the “Ponchik Monchik” cafe. Human power and faith in God are her inspirations, which will probably lead her to a better job, where she imagines herself working after five years as an office clerk or a hairdresser. Pink and white are her favorite colors, because she associates those with pureness and peace. She likes honest people and this is what she looks for in people while making friends. She hates jealousy most in human behavior. She would like to live either in Yerevan or in Los Angeles, California. She listens to every music, except for Jazz. Gohar finds Gyumri a nice place to visit, but she worries it is such a dirty city. Gohar recommends the tourists to have a walk in the Gorky Park, but her favorite place will still be Yerevan. 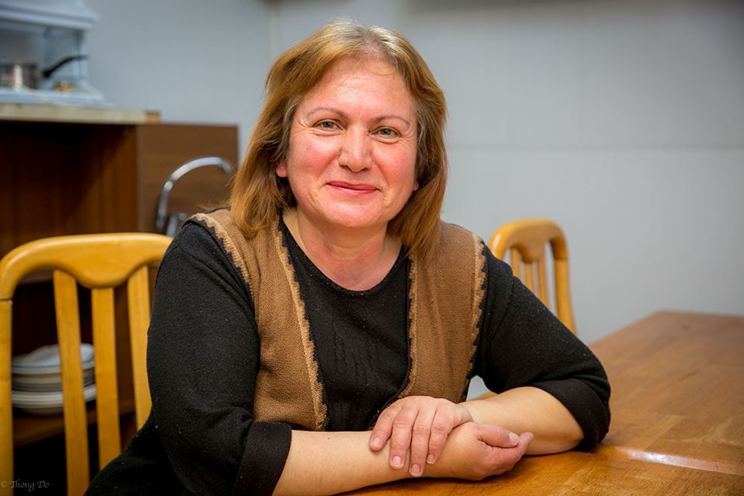 Flora was born in Gyumri and she is 52 years old. She has graduated from Kara-Murza Musical College in Armenia and plays the kanon, an Armenian traditional instrument. During her 14 years of work in a musical college as a teacher, she has performed in many concerts too. Because after 1992 she was left with no job, she left for Russia and lived there for several years. After coming back, she decided to do something and got a job at the “Ponchik-Monchik” café. Her hobbies include listening to classical and folk music, as well as reading books, especially the ones written by her favorite writer Hrant Matevosyan. She believes her childhood dream, of becoming a musician, partly came true, though she feels sad she does not work as a musician now.

Her greatest inspiration was an Armenian musician, Angela Atabekyan, whom she considered her idol. She has a son serving in the army. Saying this, she also wished peace to the world and especially to the soldiers. Ms. Flora said the people of Gyumri and the Gyumri dialect make the city unique. The people are hospitable and honest in her opinion. She recommended the tourists visit our museums and other sights and added, that they will have precious time in Gyumri. She had many opportunities to live abroad, but she only wants to live in Gyumri. Her dream is to see the old Leninakan (Gyumri), where people were happier.