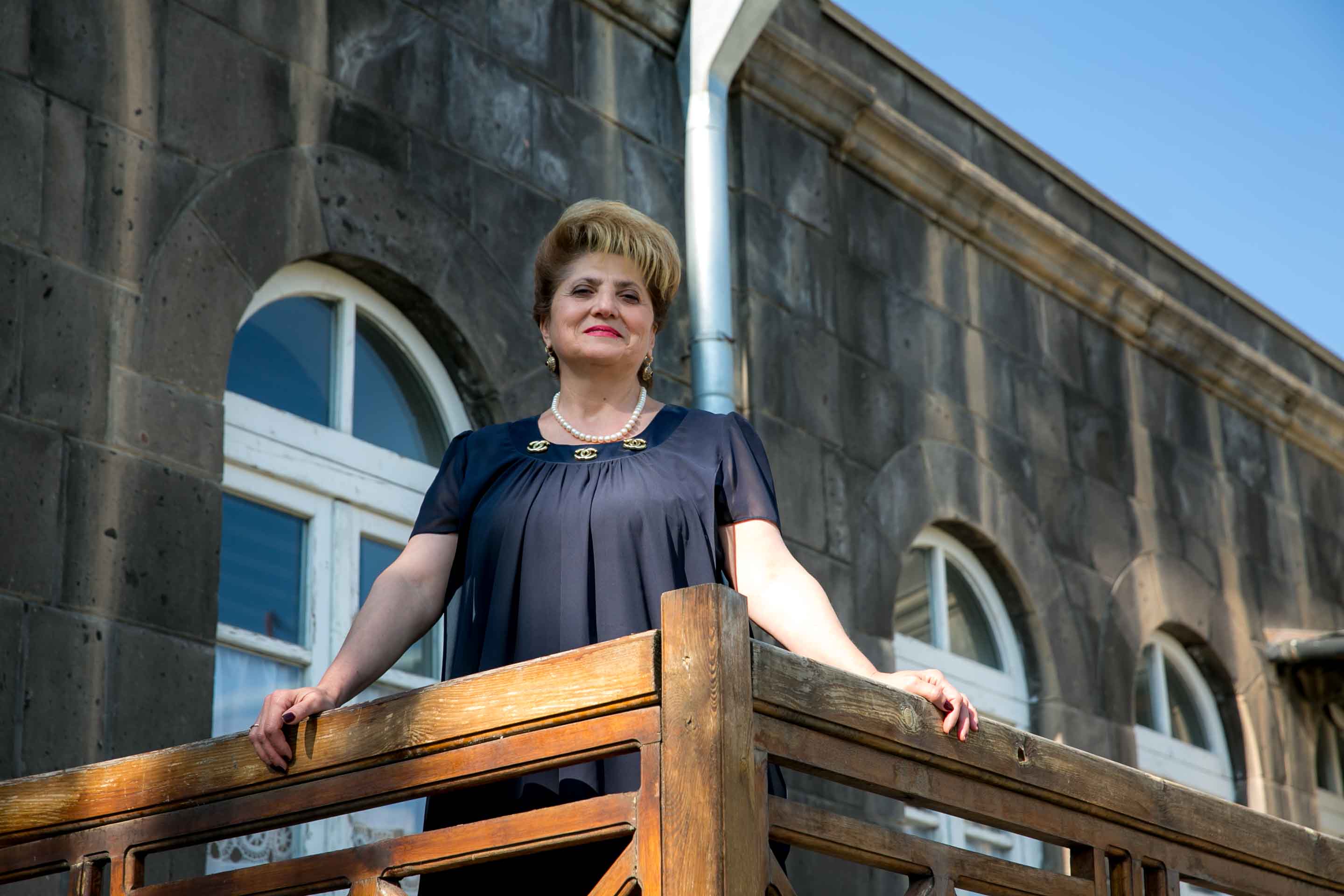 Karine is 56 years old, who as born in Gyumri. She first worked in a kindergarten, then in a school as a teacher. She has been a guide in the Mher Mkrtchyan House Museum for 10 years, only after then did she become Isahakyan’s House Museum’s Director. She loved everything related to culture when she was a child. She finds it is important to work in a museum, because it is the way to transfer the culture to the future generations. She prefers Armenian literature. Some of her favorite poets are Avetik Isahakyan, Hamo Sahyan and Paruyr Sevak. She loves her family most in this life, which is also her biggest accomplishment. She appreciates honesty, kindness and devotion most in humans. Karine is married and has 4 sons. In 5 years she sees herself in Gyumri and hopes to have some grandchildren then. Her inspiration she considers to be her sons, and especially notes, that it is important to be loved a woman, wife and a mother in the family. However, she considers her colleagues also to be her inspiration, because she cannot imagine her job without them. She believes Avetik Isahakyan and Mher Mkrtchyan always help her from the sky. She feels desperate to see Gyumri emptying. She believes Gyumri theatre is a wonderful one and recommends anyone visit there ever. She claims anyone visiting Gyumri will be filled with warmth. A real Gyumrian should be warm, honest and hospitable in her opinion. She would like to see Gyumri through her childhood wings. Some places in the world she would want to visit are those, where Avetik Isahakyan has been. 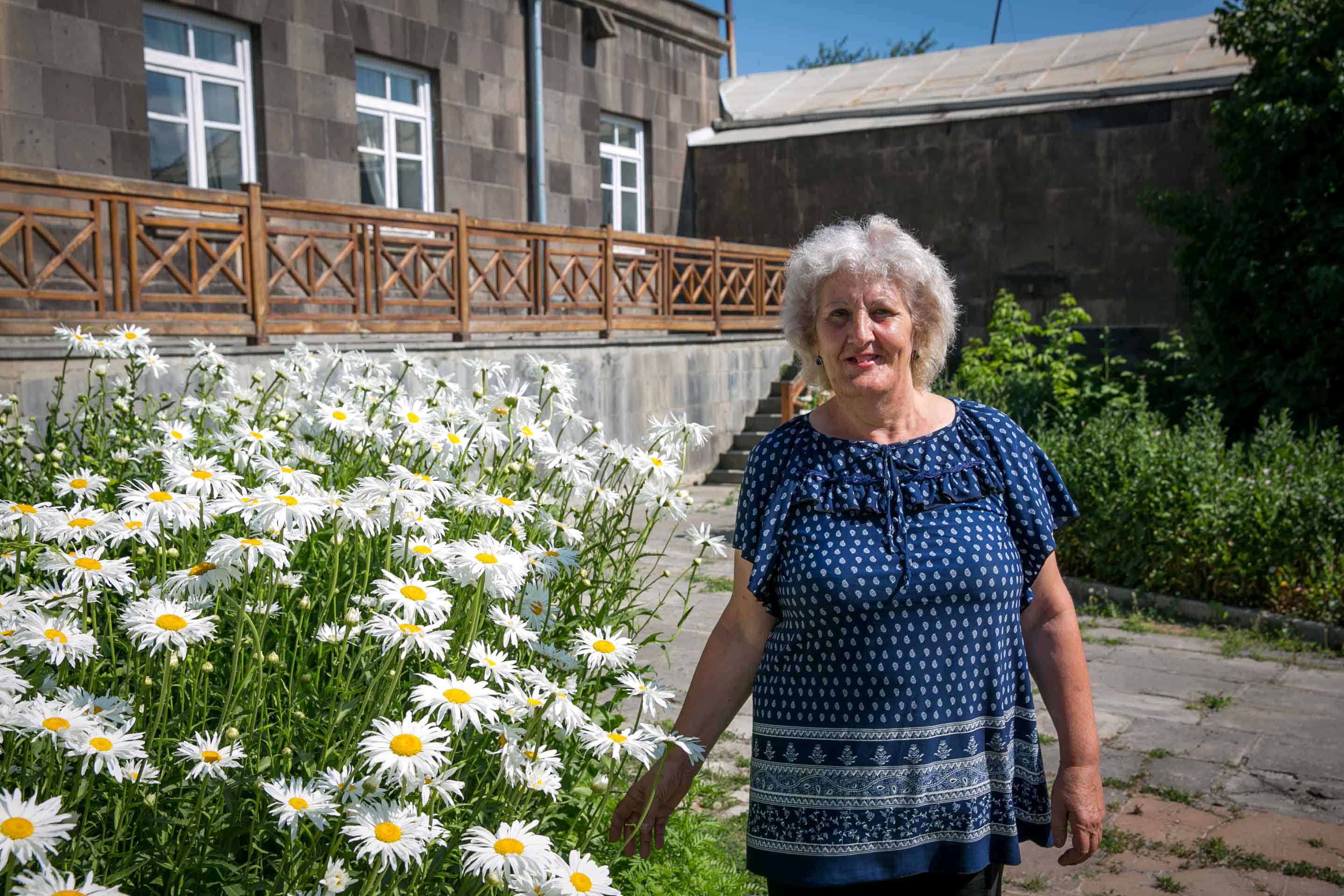 Gohar is 63 years old, who chose the light industry as her future sphere for work. She is married, has 3 children and 6 grandchildren. She considers her biggest achievement to be her family, and her biggest inspiration: her children. She would love to live in the United States so she was financially a helping hand for her family. She is working in the museum for 13 years. Her favorite part of the museum is the yard, which is taken care by her. In her opinion, a real Gyumrian should be ambitious and hard-working, and these characteristics are what Gohar considers most unique about Gyumri and its people. She loves everything about Gyumri and is proud to be a Gyumrian. One thing she would change about people is the aggressive behavior. In life she likes her children and grandchildren most. 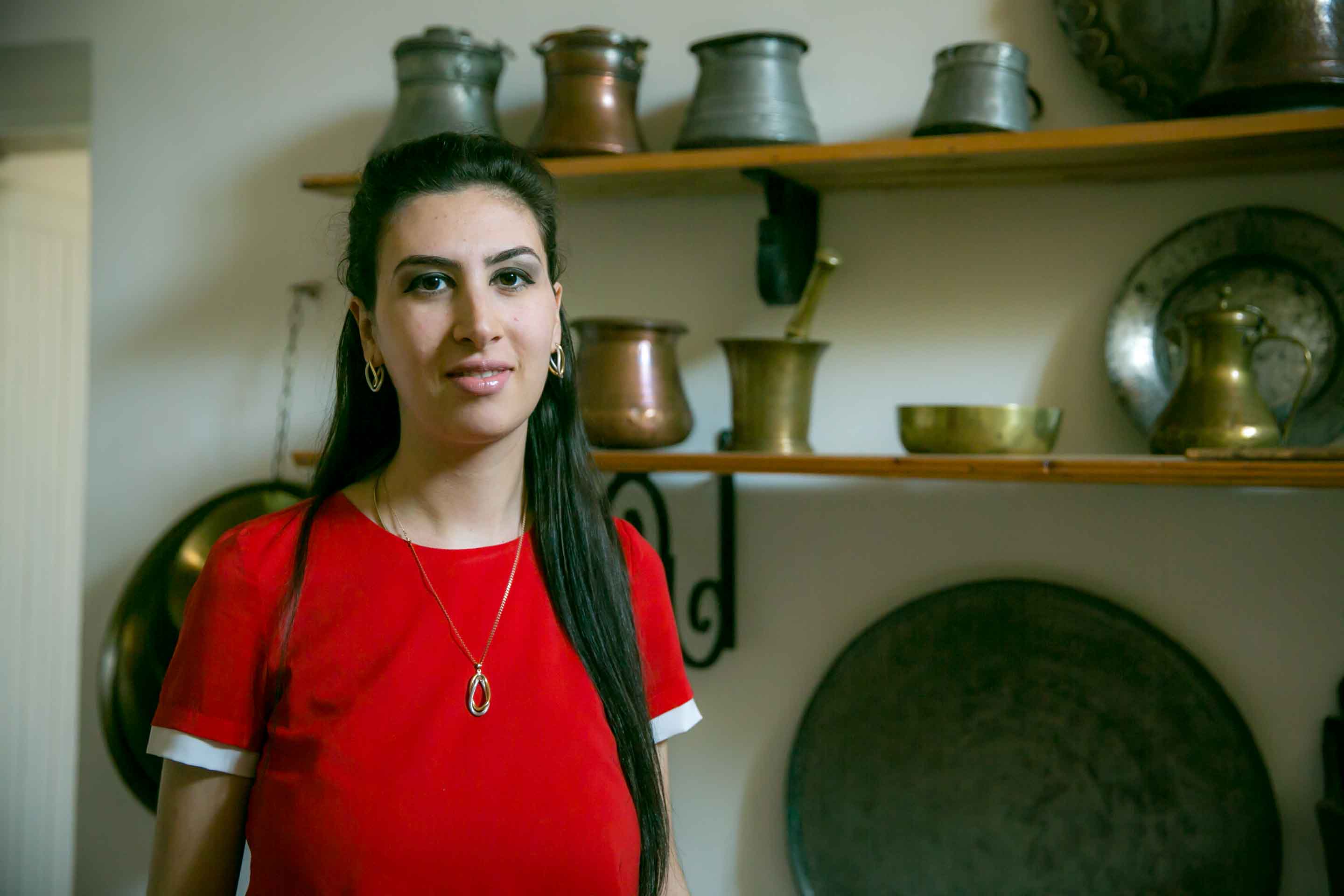 Ruzanna is 26-year-old guide in the museum. Though in childhood she dreamt of becoming a doctor, she finally became a historian. Ruzanna is married and has a child. She finds her family to be her biggest achievement. Her biggest inspiration in life is her father. Her biggest fear is any kind of war. She likes the Gyumri Square most in the city. Her favorite country is Canada because it is more of a democratic one. Her favorite color is white since it represents purity to her. She loves listening to music, reading books. Her favorite Armenian writers are Avetik Isahakyan and Hovhannes Tumanyan. She loves most the hospitality about Gyumrians. And in her opinion, a real Gyumrian should be patriotic. She appreciates the purity in humans most. Her biggest desire is to see the world peaceful. 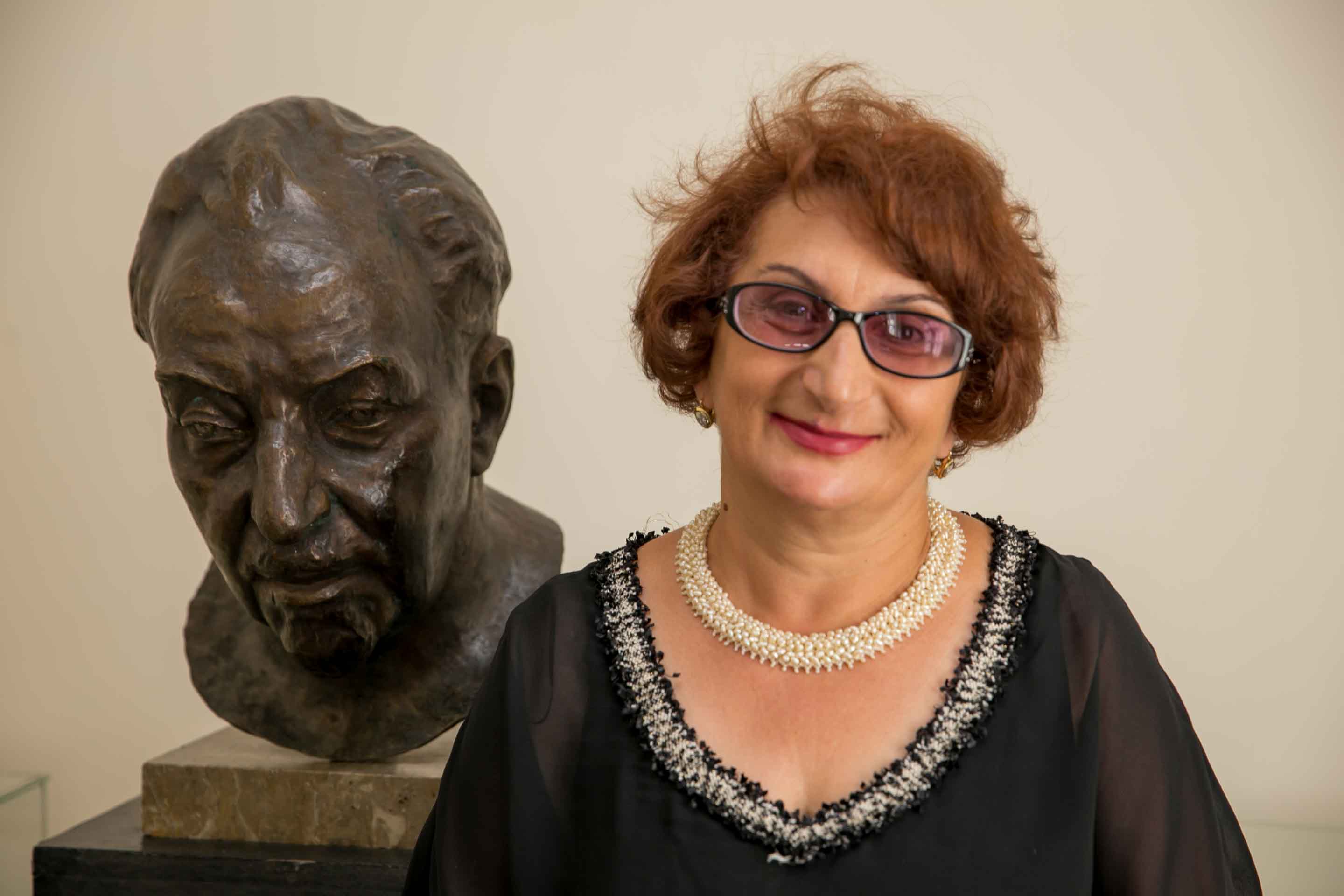 Clara is a 57-year-old engineer, who then ended up working in the cultural sphere. Her knowledge of English language first led her to a gallery named “Style”, where she has worked for 16 years. It has been three years, since Clara started to work in Avetik Isahakyan House Museum. She is married, has a wonderful husband and two children. In five years she sees herself in Gyumri taking care of her grandchildren. One of her aims is to see her grandchildren already stable in their careers. In her youth she preferred American literature, while now she is more likely to read Armenian literature. If not in Gyumri, she would still live in Gyumri. She likes the streets of Gyumri.  She considers favorable lifestyle very important for people, as it will make people smile. In Clara’s opinion a Gyumrian should be hard-working and ambitious. In life she loves the kindness most. 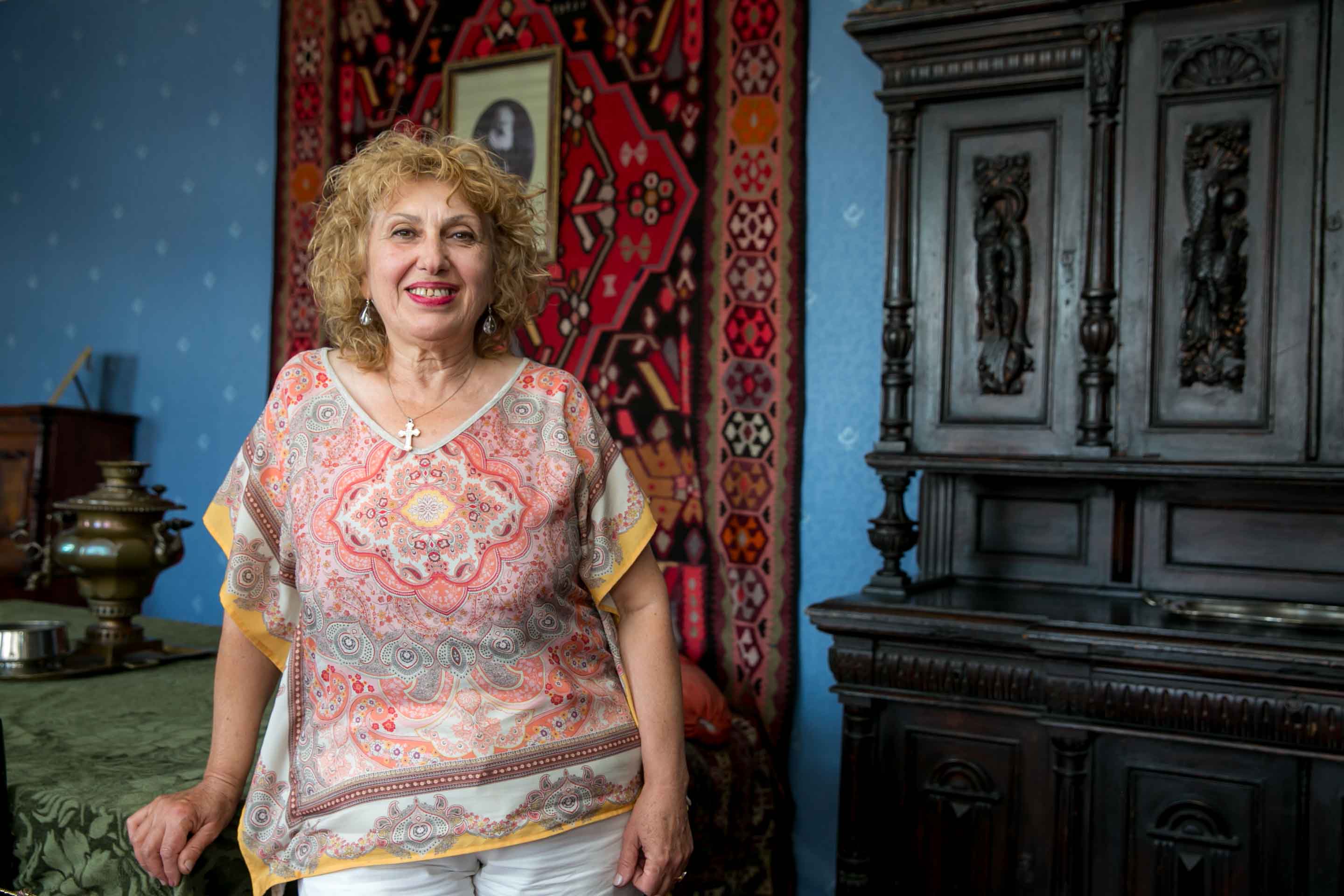 Ruzanna is 66 years old, and though by profession she is an engineer, she has been working in Avetik Isahakyan’s House Museum for years. She is married, has two daughters, four grandchildren and two great grandchildren. She considers her family and her grandchildren her biggest achievements in life, and in five years she wants to be with them again. Ruzanna mentions, that as long as the person lives, he always has some dreams. She is her own inspiration. In her opinion, a real Gyumrian should be humorous and unique. If not in Gyumri, she would still like to live in Gyumri. Her favorite place in Gyumri is Gorky Park. She recommends anyone to have a walk in the whole city. She would like to see Gyumri cleaner and peaceful. In life she would change the human psychology.