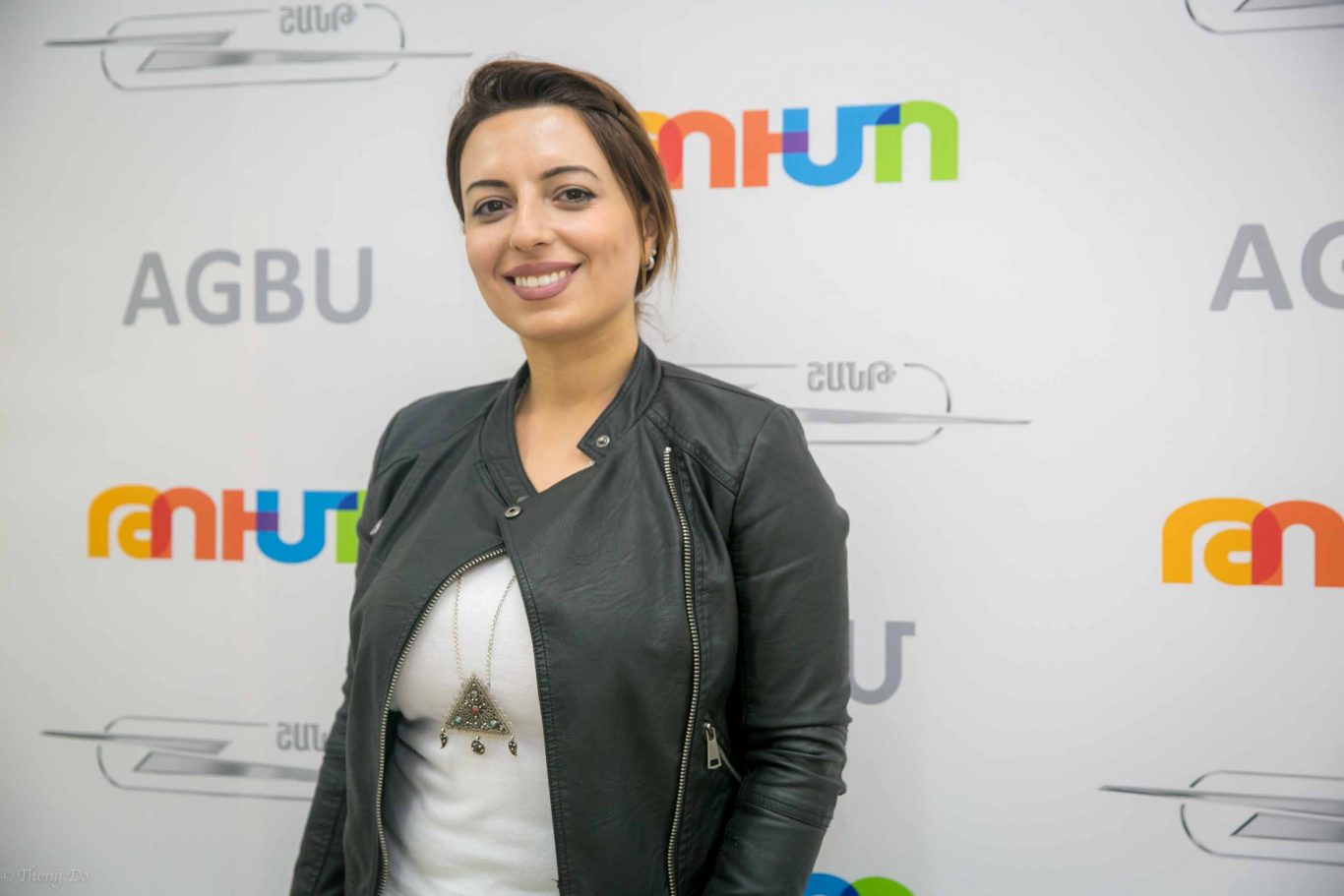 Nare is 29 years old. It has been already 2 years since she has been working as the manager of Tumo Center for Creative Technologies in Gyumri. She studied biology and psychology in the United States. After graduation she came to Armenia for 3 months and taught English to high school students in Hrazdan city. That’s when she saw the huge potential in Armenian kids. Afterwards when she was back to the United States again, she started to work with autistic kids. She realized that she could to same in Armenia and without hesitation bought a one-way ticket to Armenia.
Her first intersection with Tumo was as a leader in Tumo summer camp for 3 months, after which she was given a position of the leader of coaches. That’s when she fell in love with her work and as she describes it, “It is a tool that allows you to make a change, to change a generation”.
By nature she always takes the tough road with a lot of challenges. So when the new center of Tumo was opened up in Gyumri, she decided that she should move there. Her work in Gyumri is a beautiful experience for her as she loves working with kids and seeing their faces every day. To her what the most important thing is to learn and to do something that is meaningful and satisfies her soul. Her challenge is now is to make Gyumri Tumo expand and flourish and be a good role model for her staff.
In her free time she likes to explore and learn anything new. She loves to listen to blues music and attending live concerts. But one of her favorite hobbies is hiking which she took up after climbing Mount Ararat in 2013. That is her biggest accomplishment in life so far.
What she likes about Gyumri is its so-called “colorit». She likes the passion in people and how demanding they are. They have a unique personality which she truly admires.
We are very happy and proud to have an enthusiastic and dedicated person like Nare to take care of the education of our young generation! 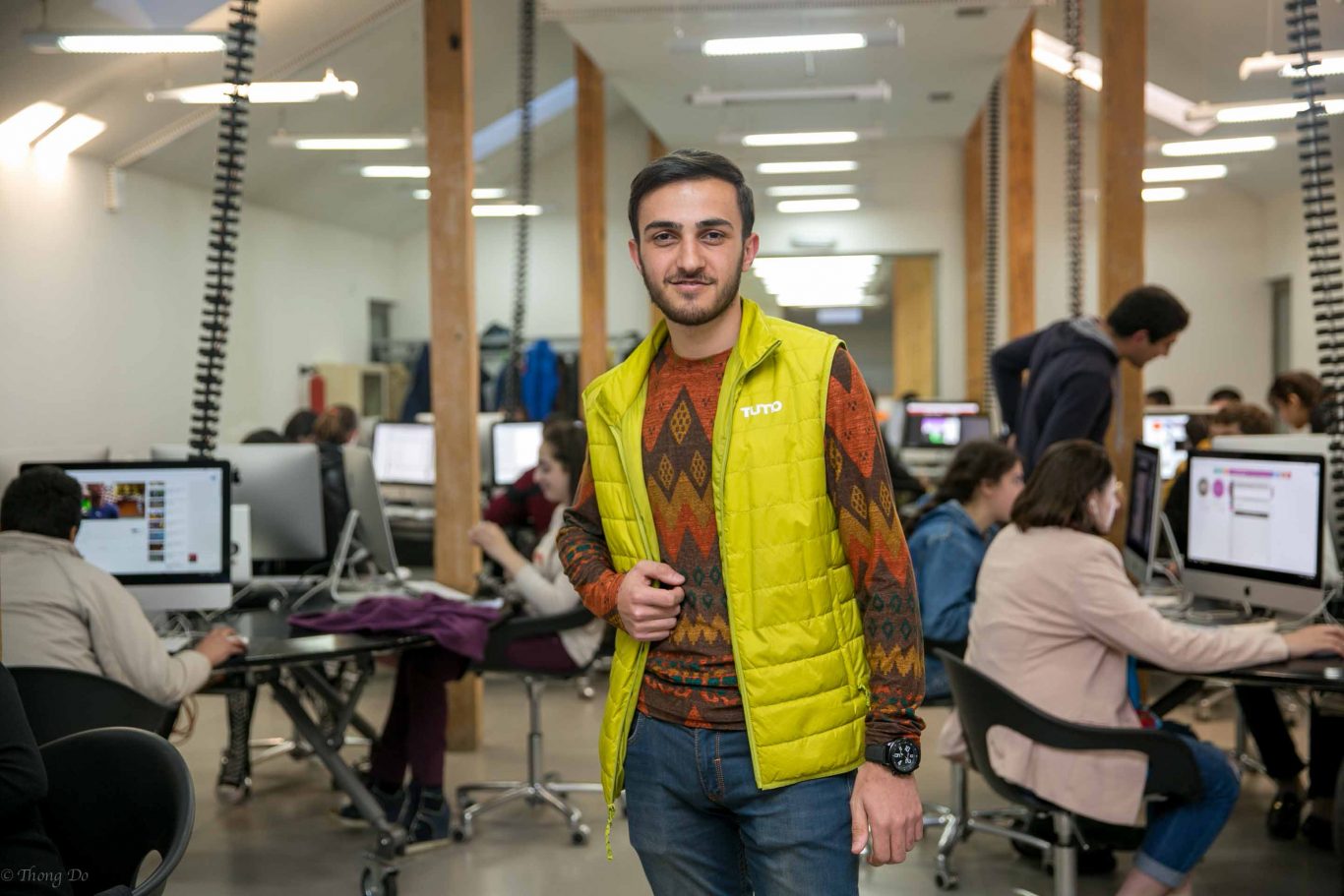 Edgar is 24 years old. He has been working at Tumo for about 1 year. He is an accountant by profession and has worked for some time in that field, but soon he realized that Accounting is not his cup of tea. Thanks to Tumo, it became clear to him what he is fond of the most and in which field he would like to work in the future. He has set a goal to himself to study programming, and that’s what he likes to do in his free time.

The opportunity to work with kids is one of his big achievements and experiences in his life. Even though he is the one who teaches them, he mentions with a great enthusiasm that he has learnt a lot from the students too. Each of them is unique, distinctive and can teach him something new.

He sees Gyumri as a place to inhabit but not a place to continue his studies or work in. He would rather to move abroad where the quality of education is much better, and the work is highly valued.

What he likes in Gyumri people is their mindset, despite many negative things. He opines that some people tend to think in very «old» way, but he’d prefer them to accept what is new and modern. He loves the fact that most people try to keep up with the times and are keen on learning something new but at the same time keep what is traditional and typical Armenian. 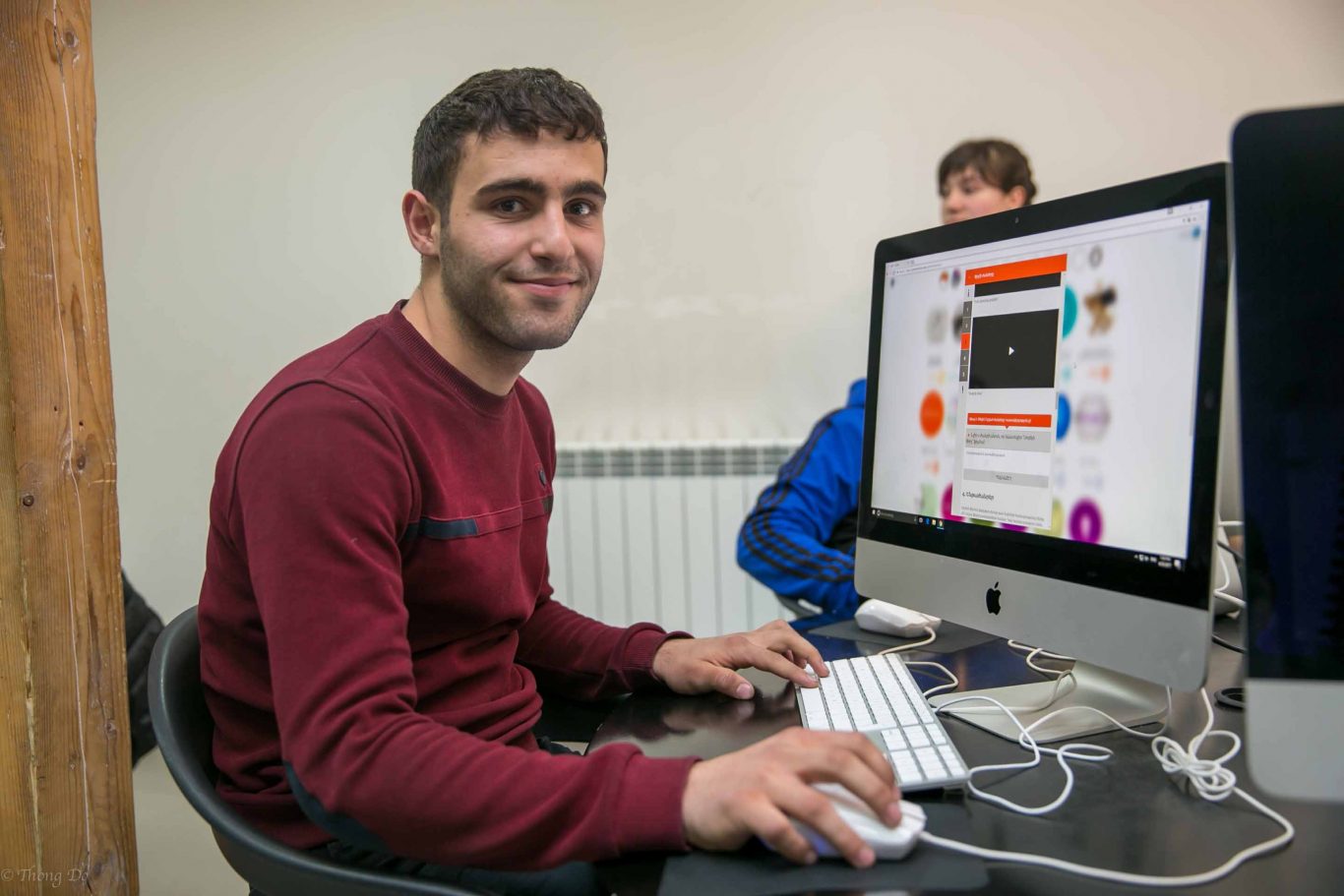 Armen is 17 years old. He has been studying at Tumo center for more than 1.5 year. The knowledge resources and the environment are so pleasant that he spends most of his time at Tumo. Once he planned to become an economist, but Tumo had a huge impact on his decision of the future profession. Now he wants to become a programmer and he is going apply for studying Cybernetics at the University. Tumo has also had a great influence on his character.
He thinks that the educational system at Tumo is much different from schools. With the help of coaches and workshop leaders students can learn more things than they’d at school. He hopes jokingly that some day Tumo will become mandatory and the school optional.
Besides being an active student of Tumo, Armen also likes to paint, listen to music, play football, and do voluntary works.
What he likes the most in his hometown are the old street of Gyumri (Achemyan street) and the sense of humor of locals. 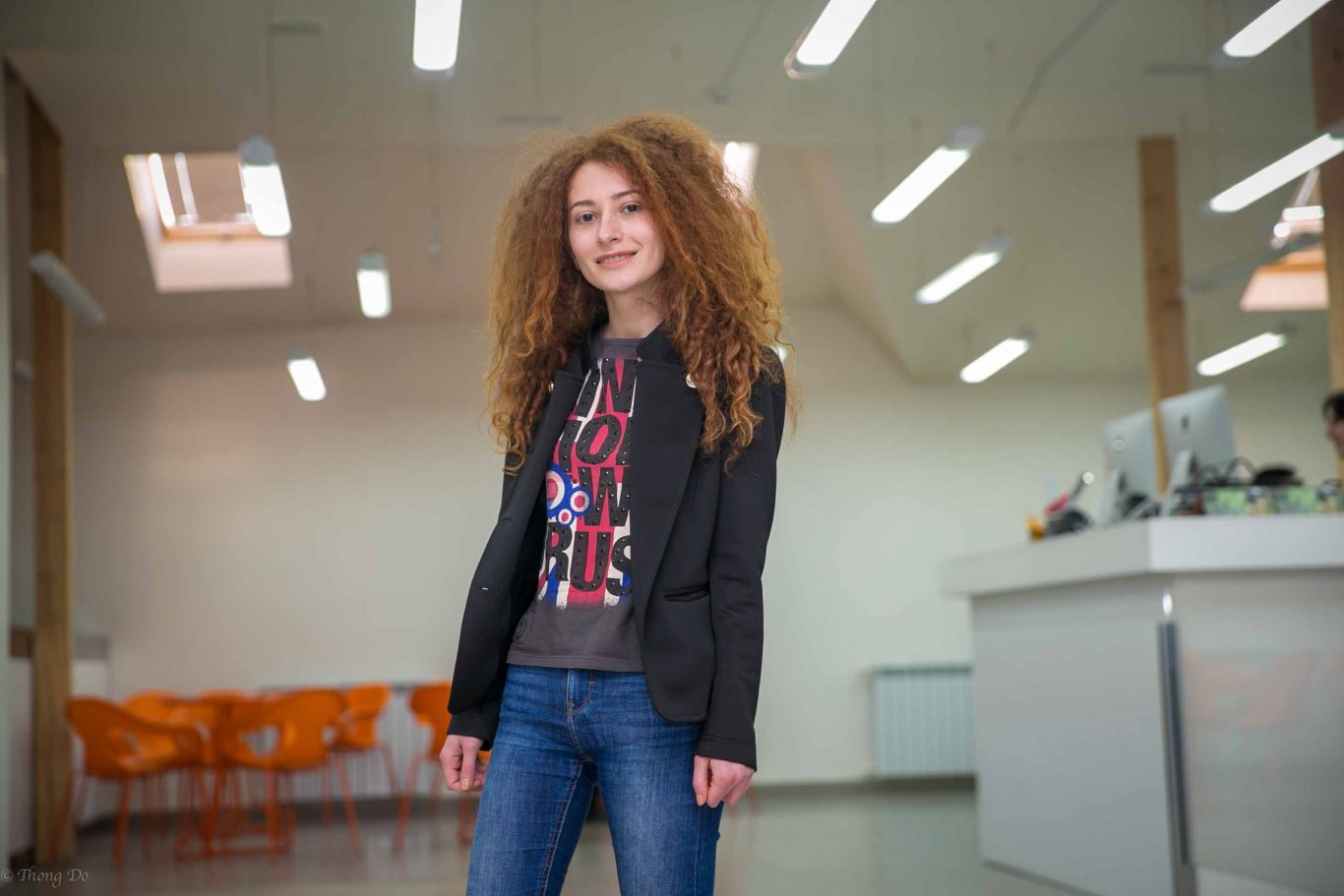 Haykuhi is 21 years old and in Gyumri she is known as an active and energetic young woman with curly hair.
Before working at Gyumri Tumo, she had been a leader at a of summer camp and during those 2 weeks she realized that she really loved working with kids. Later when she saw the announcement of a coach she applied and got accepted.
In her opinion Tumo is a great place for young people to expose their potential. Many students have complexes, especially low self-esteem, but Tumo gives everyone equal opportunities, not taking into account their achievements or marks at school. The mission of coaches is to help students to discover their hidden potential and talent, guide them and encourage in case of despair. The toughest part of her job is to be a psychologist, as she has to work with students of different age, mindset and behavior on a daily basis.
What she loves in Gyumri is its old cobblestone streets. She considers Gyumri one of those rare cities that have their own «face, taste and smell». If she had an opportunity to move forward and use her potential here, she’d stay in town in the future. But she’d also want to move to another city or country so that she could contribute her gained knowledge and experienced to her hometown. 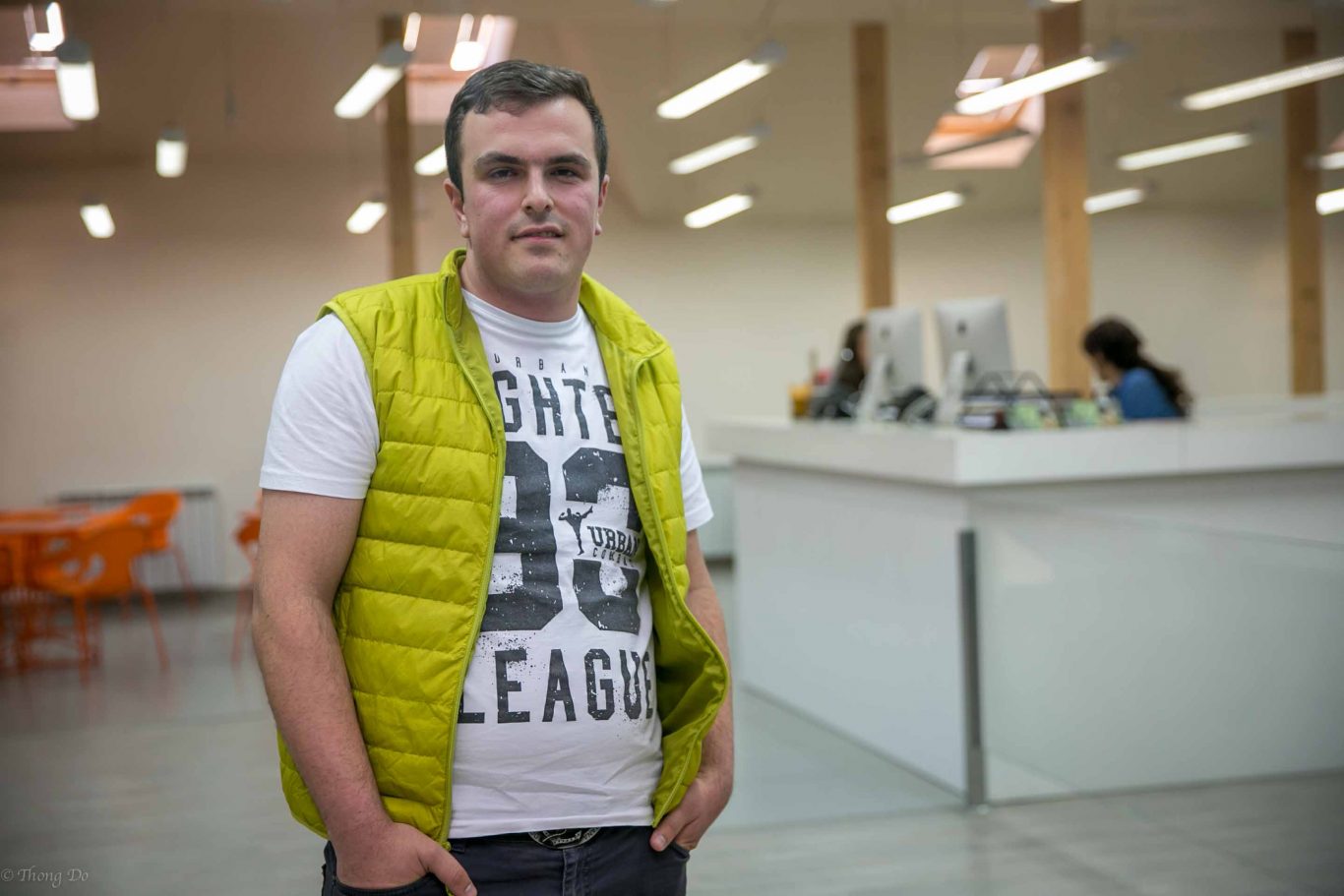 This is Gevorg and he is 19 years old. He studies Finance at Gyumri branch of ASUE. He was a student at Tumo center before. It has already been 1.5 years since he’s working there as a coach. His knowledge in programming and network administration has been strengthened in Tumo. The latter has helped him to take up a new interest and develop his career. To the question of where he sees himself in the future, he says he is planning to work as an IT specialist: network administrator or programmer.
One of his greatest achievements in Tumo is the experience of working with teenagers that can be very helpful in the future.
His biggest dream is to work at Google and after some year to come back Gyumri as a professional specialist and share his experience and knowledge.
In his free time he likes to play tennis and learn something new.
What he likes in Gyumri people are their carefulness and readiness to help each other anytime. 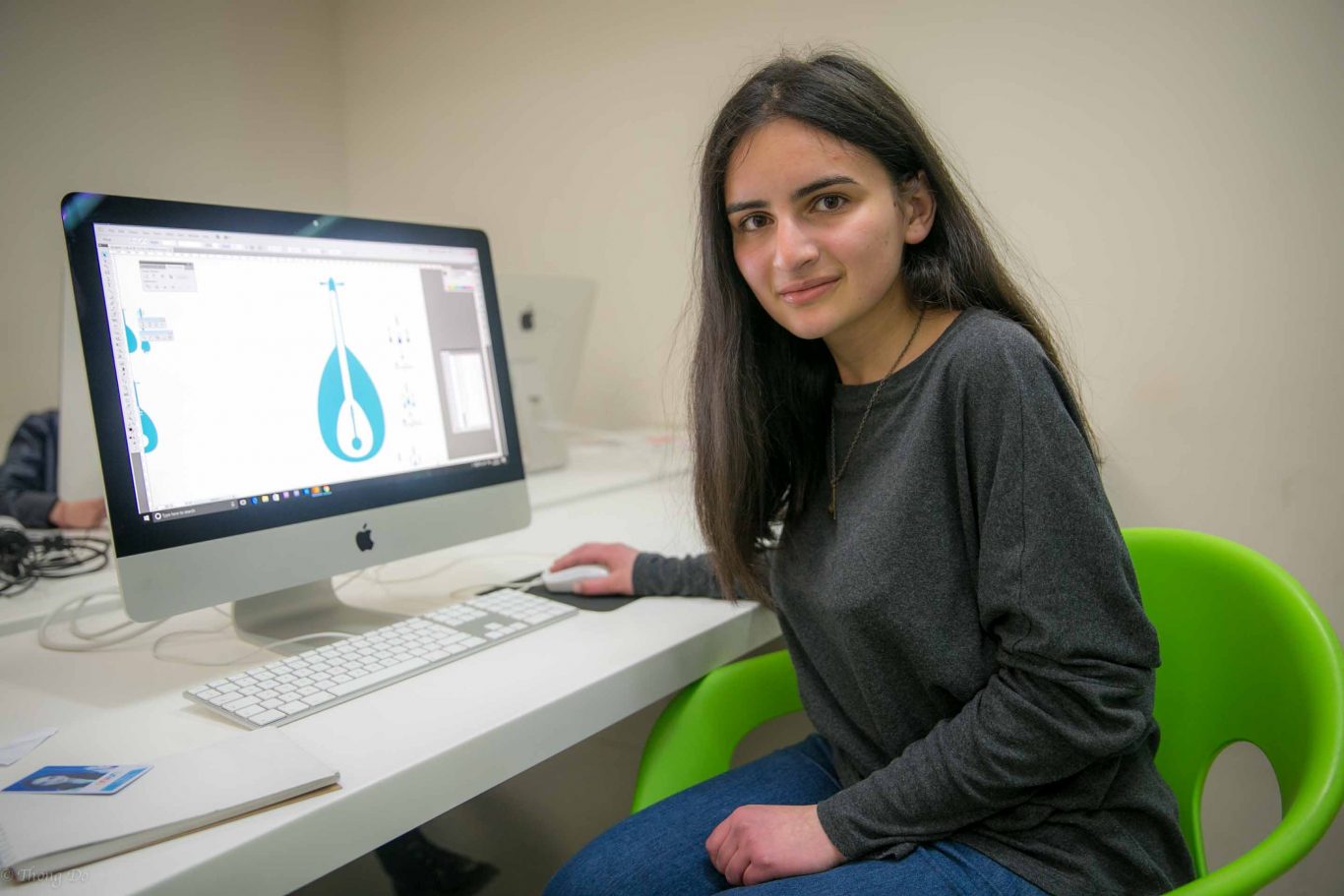 Gayane is 16 years old. She studies at Tumo center for 2 years. These years of education have given her lots of opportunities and knowledge, which would not be possible to gain anywhere else. She studies film making. At present, she and her team are shooting a documentary film about a theatrical performance called “Paris is a dangerous city”. She also likes graphic design as she draws very well.
As one of her parents is a photographer operator, and the other is a musician, they gladly accepted her choice to follow Creative Arts. Her goal is to become a marketing specialist, thus the faculties she chose at Tumo can help her to be creative in that field.
She likes to spend her free time at Tumo, to draw, to play the piano and watch movies. She wants to travel in different countries, study new languages and cultures. What she likes the most in  Gyumri are old streets and the places where Armenian movies were shot. She loves hospitable people whose warmth is visible even while crossing a street.